This is a classic, pretty popular cigar of the Cuban Bolivar marka. The beautiful format Pyramid (factory name: Campanas) requires good skills from torsedors, for executing these attractive, totally hand made cigars. 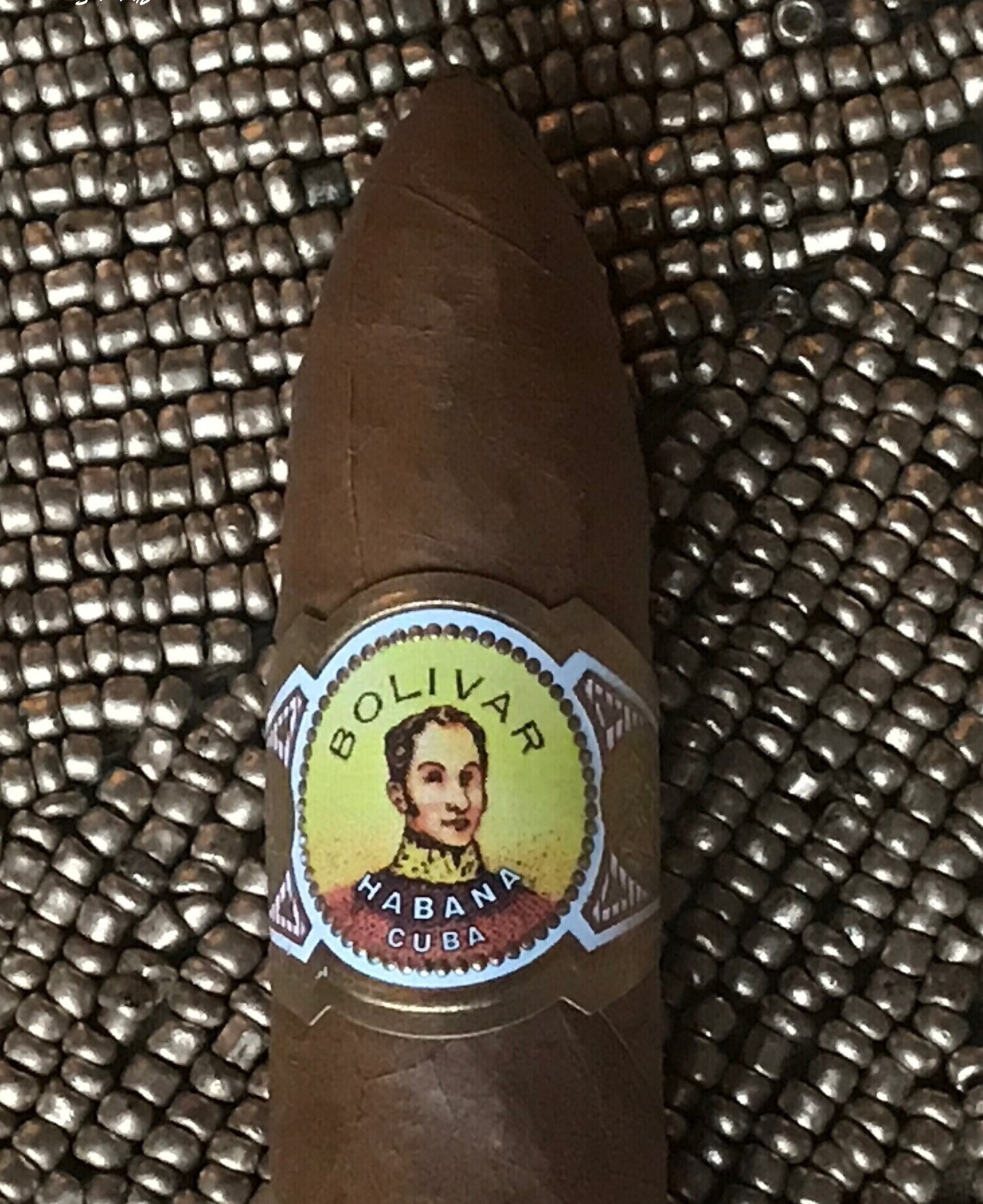 Oily colorado wrapper. Nicely executed and well-rolled pyramide with its trademark sharp end. Under the cut off capa the construction looks stunningly dense.

Wonderful dense smoke which is hard to describe in words – just how rich and delightful it is.
Smoking this cigar I always think of berries, red berries. But the very core of the flavours is, of course, the tones of the proper cuban cigar tobacco.

There are no heavy fragments in the palette at all. The burning is even. Splendid, cold smoke.

The comfortable, cool, delightful smoke carries on. The palette is just very pleasant, no bitterness at all: a light flavour of toasts, a tiny bit of chocolate.

Now I need to cut a bit off the end. When you smoke pyramide, and the draw becomes a bit tight, just carefully cut off the thin end a bit more, this will help to carry on with optimum draw. The thinning end at some poit of the smoking time starts giving you less smoke, so this manipulation that sometimes is needed to be made once, sometimes twice, helps to “open” the right gate (amount) of smoke. 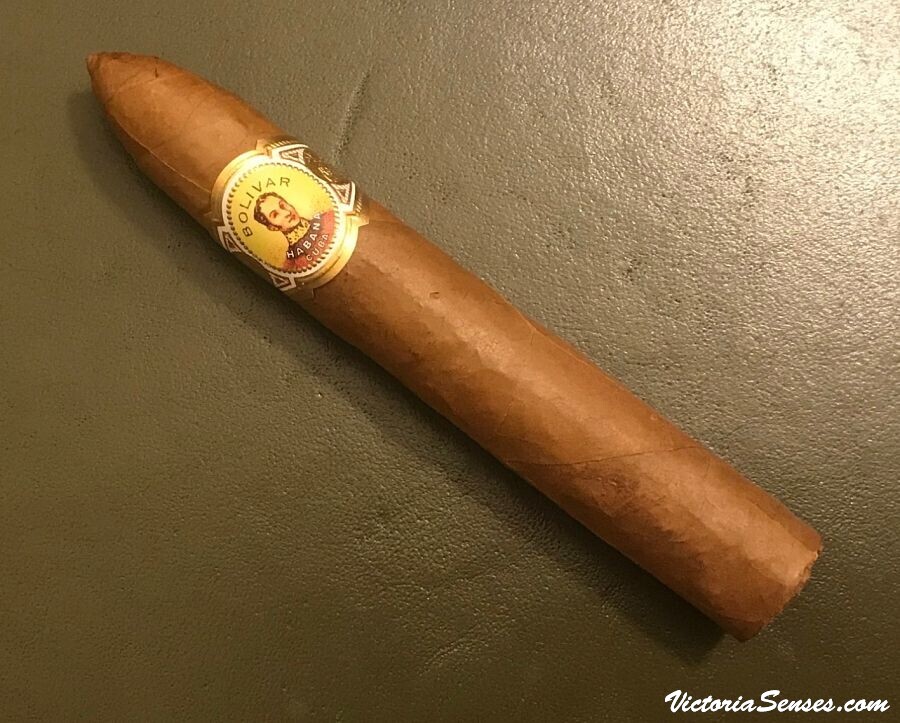 The bouquet of the flavours is still delicious, and this is one of those cigars which flavours are difficult to find assosiation with, to compare with the flavours that a human palate is accustomed to. It is just very tasty.
The cigar has a slight pleasant sweetness. The best percentage of sweetness.

Dense and cool smoke, like a bar of chocolate cooled in the fridge. I can recognise a bit of pollen… The smoke is infused with berries flavours: wild lingonberries which grow in Russian Tundra (in Chukotka) and in Russian Taiga – in the Far Noth-East of Russia where I spent a large part of my childhood.

The smoke becomes more profound. The tones remain the same.

In my life, these vitolas have always been very enjoyable, some of them were so good that I would not hesitate to rate them a 97. But this exemplar, the only one I had, first one since a few years, was slighty, just slighty more boring than usual Belicoso Fino. Sometimes the inconsistency of the flavour/taste is a result of incorrect transportation or keeping. But I would not give them less than a 94.
This velvety and smooth cigar really deserves its place in your humidor. 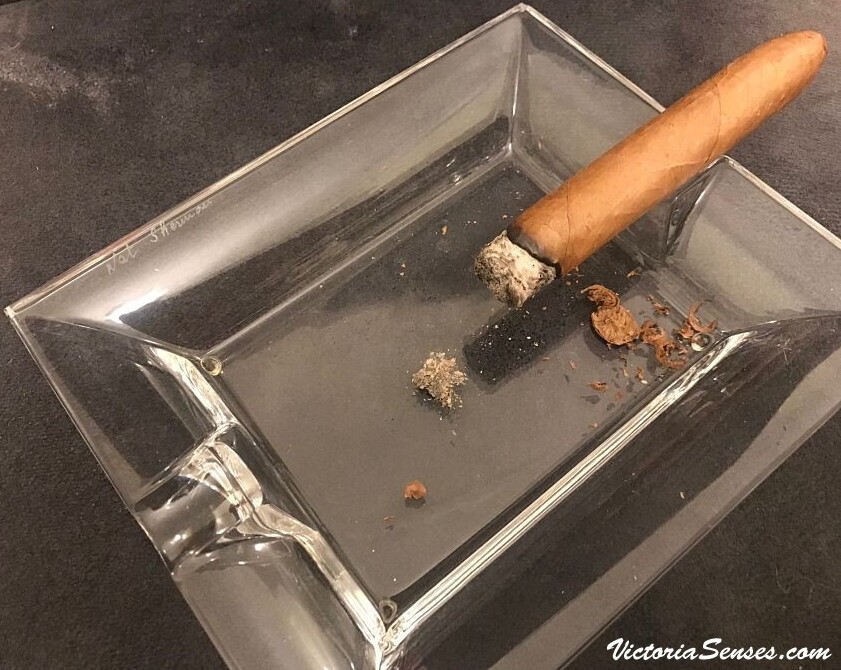 If you want to combine this smoke with a drink – the third part, to my opinion, would benefit being paired with a high-class aged grappa (also stravecchia – rizerva or very old). Cognac would also be great, especially if you enjoy good cognac, but may be slightly too powerful comparing to the aged grappa which would suit this fine Cuban cigar well.

To the page Cigars – reviews, articles

You can leave your comments, questions, suggestions below