The magazine “SMOKE” Russia was a pretty helpful source of knowledge for cigar smokers. It was providing plenty of information about cigar production, producers, markas, vitolas, reviews, interviews with experts. However, to my opinion, it contained a bit too much of commercial material that had little to do with the main theme.

Unfortunately, with the strict smoking ban in public places implemented in Russia, this magazine was closed down. The “smoking ban” was introduced in Russia pretty long time after most of European countries (however, Austria, Greece, and some cities in Germany are still tolerant to cigar smokers), and it appeared to be one of the strictest I have ever come accross. It’s a shame that the pretty rare and selective kind of smokers – cigar aficionados – in that law were equated with cigarette addicts. 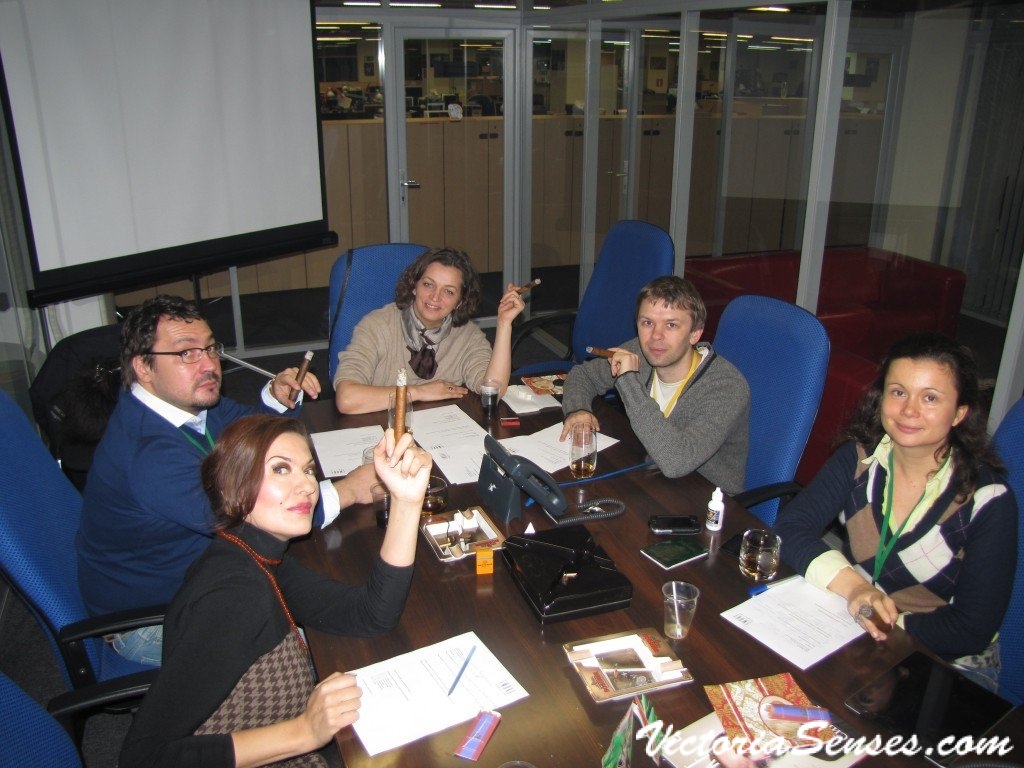 Professional cigar tastings are a very exciting process, to me, although many people won’t find it too exciting. It takes concentration and unity with your taste buds. For a good and thorough taster any additional tastes and smells, and even sounds, are not acceptable. I always take my tastings with resposibility, one should be totally honest and free from any factors in order to grasp the essence, recognize the pluses and minuses. Yes, at the stage of evaluation, oddly enough, the product for pleasure requires seriousness. The subject – hand-made premium cigars – do deserve the right attitude for their valuation and require an opinion of dedicated experts.