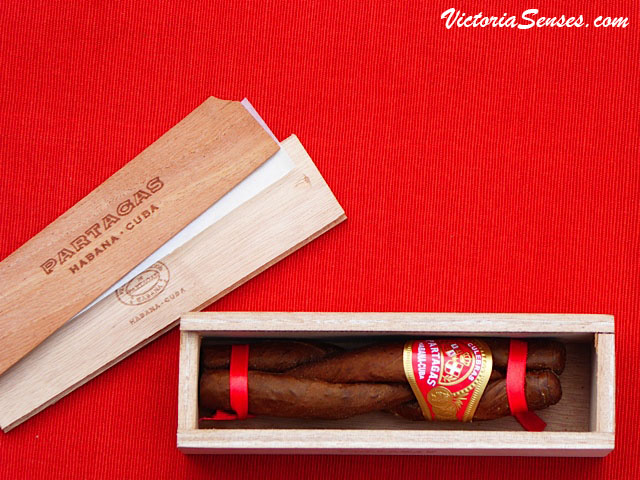 Cigars Partagás Culebras with their exotic shape are the pre-revolutionary kind. They have been made in Havana since the early age of Cuban cigars. The origin of the twisted shape of these Partagas cigars lies in the daily smokes allowed to the torcedors (rollers) in the IX century. Torsedors were allowed three cigars to take with them, tied on the tips just coming from the roller’s bench, resembling a snake (culebra). But this is just a legend, we don’t know for sure the real origin of this shape. Since 2007 Partagás Culebras have been produced totally by hand.


The new, totalmente a mano, edition of Partagás Culebras was announced in 2007 as cigars for the specified shops of Cuban cigars – La Casas del Habanos. But sometimes they have been available in other cigar shops as well. However, these cigars now are not widely available, or more correct would be to say – they are rare.

I cut the red little ribbon bonding my 3 culebras together, take one of them and start my tasting. This is, by the way, the way you should smoke these cigars, individually, I’m saying this because I have seen different attempts to do that (smile). 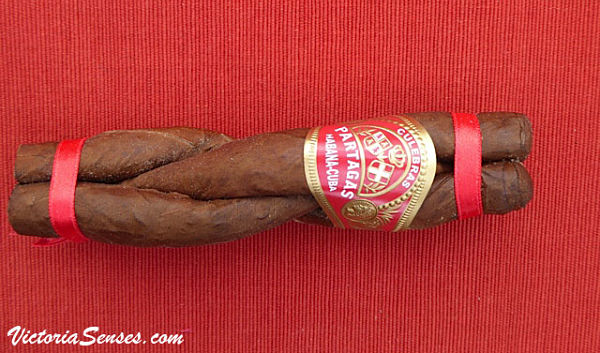 My samples are well-aged, slightly, here and there, covered in a light white fuzz, which is fine, and I find it even “appetising”. The wrapper is slightly, pleasantly oily, the wrapper leaf looks alright even mercilessly twisted. This is the legendary Cuban mastership!

It looks tasty, it smells tasty. 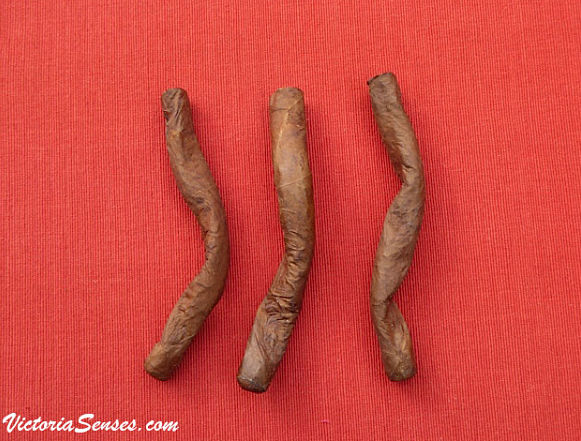 It starts with showing straight away its, I would say, cheerful character, it’s just as cheeky as its shape. It’s not a weak lifeless cigar. The strength is higher than medium, but not very high.
It tastes like a candy, something between chocolate-coated prunes and a dark toffee – the natural toffee candy, like in my childhood (when they produced in Soviet Union only natural foods made from only natural products, full of taste and aroma).
My nicely aged cigar got this fine and luxurious tone of amber (or Ambergris, says English translator), which is almost as strong and sophisticated as some quality ambergris-based perfume.
There are also classic Partagas’ tones of soil, forest and woody tones that make this interesting and very pleasant vitola even more attractive.

Generally cigars Partagás Culebras don’t present dramatic changes in the complex. But they are great. Aromatic, smooth and satisfying the way they are. They have a “ face” of their own, and they are a good argument to those smokers who like to speak by dogmas, such as: “small ring gauge cigars are all harsh and not full-bodied”. These beauties totalmente a mano are fine creatures visually as well. It’s an art, to construct this difficult for execution format of cigars.

Here you can read a cigar review of another special vitola of Partagás brand:  Partagás Gran Reserva Cosecha 2007

You are welcome to leave your comments, questions, suggestions.